Embarked on social processes in dynamic and multilevel networks 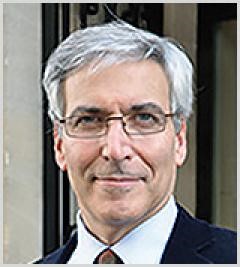 Emmanuel received his PhD in sociology from the University of Geneva. In his PhD thesis he studied knowledge building in controversies in workgroups. As a post-doctoral fellow at Yale University, he used social network analyses to explain collective action among rival peers, i.e. the functioning of collegial organizations. He is known for his intriguing network modeling of social processes (solidarity, social control, regulation and learning) in a corporate law partnership. In his 2001 book The Collegial Phenomenon, he combines qualitative and quantitative methods to identify relational infrastructures, for example social niches and status competition, and understand their role in creating cooperation in such a firm. As a co-editor (with Tom Snijders) of the 2016 volume Multilevel network analysis for the social sciences, he is currently exploring the role of structure and culture in superposed levels of collective agency. Emmanuel has also, among other things, been professor at the Wiarda Chair of the Faculty of Law in Utrecht in 2003-2004, and is currently President of the European Academy of Sociology since 2015.